What is Cameron Diaz Net Worth and Is She Married With Kids? 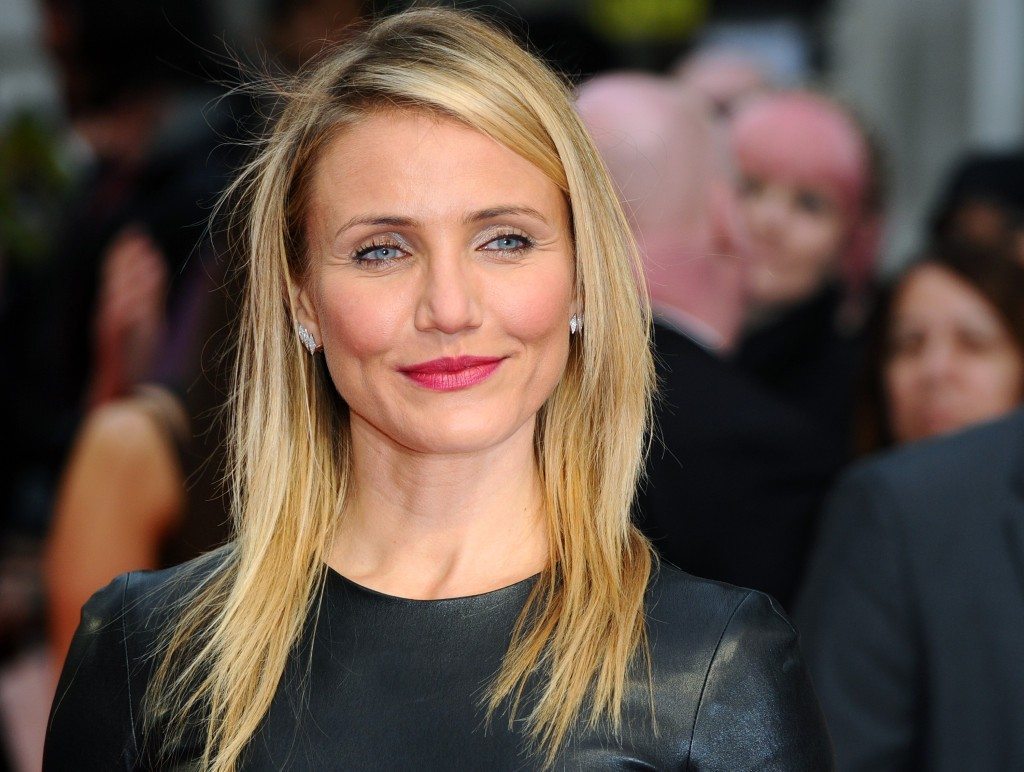 Cameron Diaz is an American former fashion model, actress, and producer. Every aspiring Hollywood actress prays to have a career as swift as Cameron’s.

Starting out as an instantly successful fashion model, Diaz took Hollywood by storm with her first-ever acting role and has been at the top of her game ever since. She is the fifth highest-grossing domestic box office actress with over $3 billion domestic gross and over $7 billion worldwide gross.

The American retired actress who is also an author, producer, and model, Cameron Diaz has a net worth of $140 million

Cameron Michelle Diaz was born on August 30, 1972, in San Diego California. Being the daughter of an oil company foreman, it is safe to say Cameron’s childhood was far from penury. She grew up in Long Beach, where she attended Los Cerritos Elementary School and later, Long Beach Polytechnic High School. At the high school, she was schoolmates with the famous rapper, Snoop Dogg.

Cameron, at the age of 16, began a career as a fashion model and signed with Elite Management. A natural in front of the camera, her modelling career became an instant success. Just months into the business and Diaz was already travelling around the world for modelling gigs. Globetrotting from Sydney to Paris, Morocco, and Japan, Diaz represented luxury giants like Levi’s and Calvin Klein as well as beverage makers Coca-Cola. At the age of 17, she was selected to grace the covers of the July 1990 issue of the teen magazine “Seventeen”. At this point, Cameron had technically earned enough paycheck to grant her independence even before adulthood. Having earned her stripes in the modelling world, Cameron, at the suggestion of an agent at Elite Management, looked to conquer new grounds in Hollywood and my! She did! Without prior acting experience, she auditioned and won a lead role in 1994 movie “The Mask” which also starred Jim Carrey. She was just 21 years old at the time. The movie would go on to be her first of many box office hits as it became the highest-grossing movie of the year with $351.6 million earned against a budget of $23 million.

After her impressive and much acclaimed acting debut, Diaz honed her acting with appearances in small films like “The Last Supper” (1996) and “She’s the One” (1996). She made the return to mainstream movies in 1997 with “My Best Friend’s Wedding” which matched the success of her debut with $299.3 million gross earnings from $38 million budget. Her third try at mainstream landed her a Golden Globe nod for best actress. It was the lead/title role in 1998 movie “There’s Something About Mary” which grossed $369.9 million from $28 million and earned her $2 million. The rom-com staple has an estimated net worth of $140 million. Cameron continued to be a box office darling with more hits and critical acclaim in movies such as “Being John Malkovich” (1999). For 2000 action comedy film, “Charlie’s Angels” which grossed $264.1 million against $90 million budget, Diaz received $12 million. Subsequently, Cameron earned $10 million for “Vanilla Sky” (2001), $17.5 million for “Gangs of New York” (2002), $15 million for “The Sweetest Thing” (2002), and $20 million for the sequel of Charlies Angel’s entitled “Full Throttle”. The later paycheck made her the third actress in Hollywood to earn $20 million for a single role.

The box office successes earned Daiz her debut appearance on Forbes list of highest-paid actresses in 2005 with $13 million earned. The following year (2006), she featured on the list with a $15 million pretax paycheck. Diaz made headlines in June 2008 when she appeared on the top paid actress list with earnings of $50 million. Most of the money came from the upfront pay she received for her role in “What Happens” in Vegas opposite Ashton Kutcher as well as he voice role in “Shrek”, both of which were commercial smash hits. Cameron debuted the voicing role of Princess Fiona in Shrek since its first instalment in 2001. For her role, she receives a minimum of $10 million. Shrek is the highest-grossing animation franchise and the 13th highest-grossing franchise of all time. As of 2016, it has made over $3.5 billion from 5 films.

The star continues to demand top dollar for her roles. Between 2009 and 2016 she earned over $150 million. She has a fair share of flops, nonetheless, the hits easily make them insignificant.

In addition to her acting endeavours, Cameron earns frequently from endorsing luxury brands like Swiss manufacturing company, Tag Heuer and a plethora of others. She has also penned a handful of books that have made the NYT bestseller list.

After several relationships, Cameron married her husband, Benji Madden, in her forties. Madden is a musician, singer and songwriter. He is the lead guitarist and back-up vocalist for two rock bands, Good Charlotte and The Madden Brothers, with whom he has released about three studio albums. He has also served as a coach on the Voice Australia (2015-2016). Together with his identical twin brother and professional collaborator, Joel, Madden has also founded an artist management company known as MDDN. Some of their prominent clients include the likes of British superstar singer, Jessie J.

Cameron Diaz’s love story with Benji Madden dates back to May 2014 when they were introduced to each other by his sister-in-law, Nicole Richie. There was an instant attraction between the two and so they didn’t waste time before they commenced a relationship. Theirs was truly a case of two adults who clearly knew what they wanted. As such, they didn’t fool around but instead got engaged in December that same year. The nuptials later too place in an intimate Jewish ceremony held at Diaz’s Beverly Hills home in January 2015. The speed of the whole thing left many fans in shock as they never thought that Cameron Diaz will ever settle down. It was however a case of true love which conquers all and makes one wish for things they never thought that they needed. As the actress subsequently revealed in an interview, she never saw herself getting married until she met her husband who made her long for that possibility.

Such feelings still holds true till date and the couple’s love is going strong. Cameron and her husband are not ones to expose themselves for public consumption but they have let loose on occasion. In the dedication for her 2016 book, The Longevity Book, Diaz praised her husband’s brilliant mind, sense of humour, and beautiful heart, and described him as her teacher, best friend and partner in life. Madden, on his own part, also described her as a generous, kind, compassionate, selfless and humble fellow on her 44th birthday, and stated that he was so thankful for her.

Diaz and her husband welcomed Raddix into the world in January 2020. As can be expected, the super-private couple have jealously guarded their little one’s privacy but some facts have escaped. They include the fact that the couple tried for years to have a child without success. They later resorted to surrogacy and their dream came true. Diaz has since revealed that motherhood is the best part of her life and that her husband is an incredible dad. Madden, on his own part, wrote her a sweet message on mother’s day where he thanked her for making him a father.

Meet Her Parents and Twin Sister

Cameron’s late father was a second-generation Cuban-American named Emilio Diaz. The senior Diaz worked as an oil company foreman and largely avoided the spotlight despite his daughter’s fame. They were however close and he even had a small part in her iconic 1998 film, There’s Something about Mary. Emilio sadly passed away in April 2008 from flu and pneumonia. His family paid him tribute and stated that his humor and spirit will always live in their hearts.

While Cameron’s father had Latino heritage, her mother is an Anglo-German woman named Billie Joan. Billie is a native of Los Angeles and grew up to become an import/export agent. She and Cameron’s father were married for about four decades (1969 – 2008) until his death. She remains close to her daughter and they were photographed together in 2017.

Cameron has a sister called Chimene Diaz who is often mistaken to be her twin. This is because they look so much alike but the fact remains that Chimene is about two years older than her superstar sister. The Lady keeps out of the spotlight and as such, not much is known about what she does for a living. It is however known that she is married to a man named Robby Armstrong and they have a daughter named Chloe Billie.