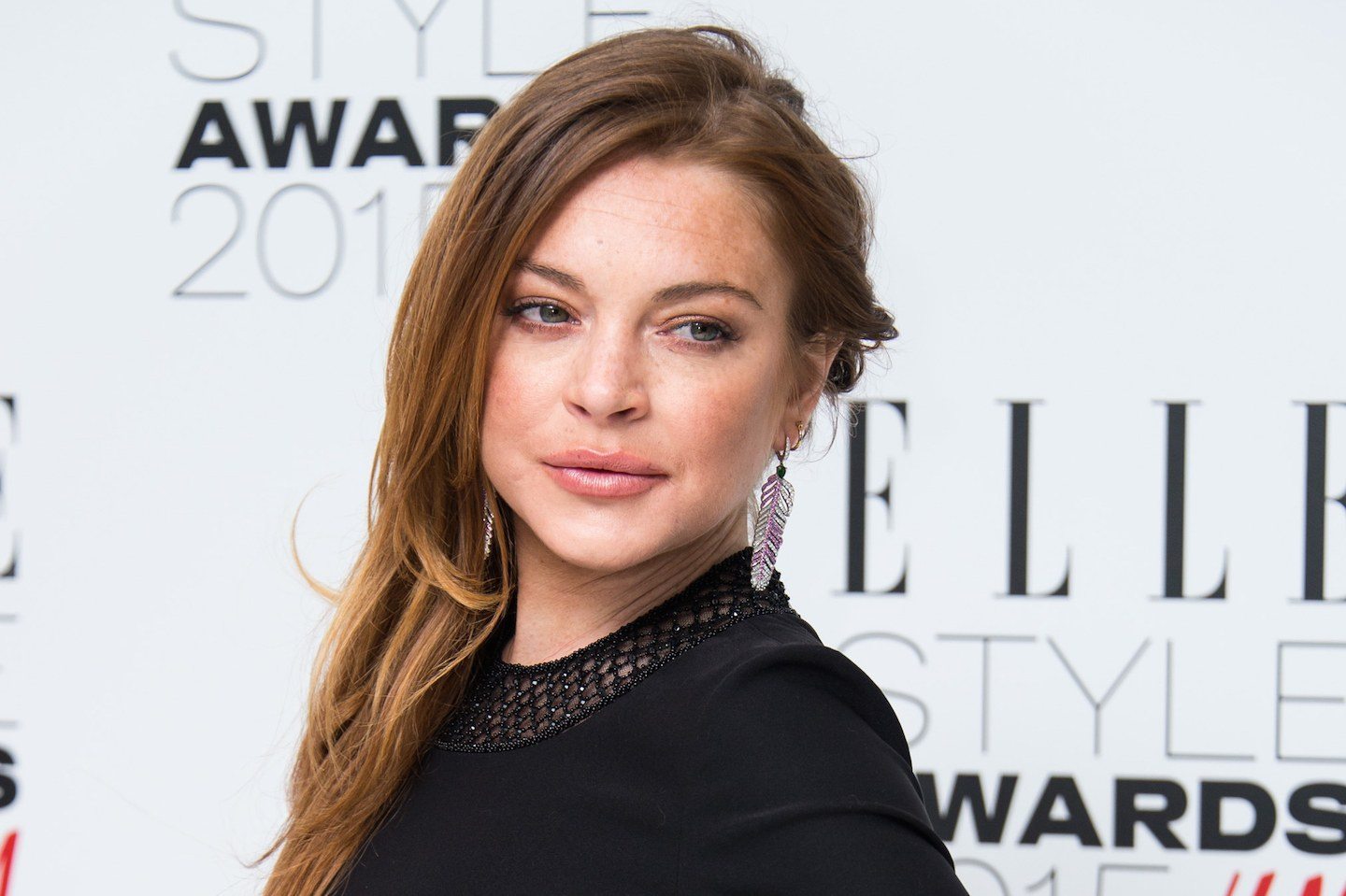 What is Lindsay Lohan’s Net Worth?

Those who want to make a point about child stars having a difficult time being grown-ups would probably name Lindsay Lohan and tell tales about her for emphasis.

The fact that Lindsay’s parents were having a difficult time being lovers when she was being introduced to modeling didn’t help matters. She became super-famous and found solace in drugs. This made her live a reckless life as such, the law was always after her.

For those who don’t know who Lindsay Lohan is, she is an American actress, singer, songwriter, model, director, and producer. As of 2020, Lindsay Lohan’s Net Worth is $800,000. Her Childhood and Career Beginnings

Lindsay Lohan also known in the entertainment circles as “LiLo” was born on the second day of July 1986 as the first child of Michael and Dina Lohan in The Bronx, New York. She started out her showbiz career at the age of three as a model. Managed by Ford models, LiLo modeled for high-end brands including Abercombie and Calvin Klein. She also appeared in numerous TV commercials for diverse brands including Wendy’s and Pizza Hut.

At 10, Lindsay Lohan ventured into acting, making her soap opera debut on “Another World”. Fast forward a year and the actress made her motion picture debut starring in Disney’s 1998 remake of the 1961 movie Parent Trap. The movie received favorable reviews from critics and was a commercial success as well. It wasn’t long before Lohan became a hot topic on the tabs as she went on to star in three successive Disney movies (Freaky Friday, Mean Girls, and Herbie: Fully Loaded) which were all successful critically and commercially.

While still active in her acting career, Lindsay was slowly building a music career as well. She recorded soundtracks for some of the movies she starred including Freaky Friday (2003) and Confession of a Teenage Drama Queen (2004). Late in 2004, Lohan released her debut album “Speak” under Casablanca Records. The album became Casablanca’s most successful album in years selling over a million copies and peaking at number 4 on the Billboard 200. While the album was certified platinum, the follow-up album was certified gold.

In 2006, Lohan’s acting career dwindled. Her 2006 movie “Just My Luck” received very poor reviews. Though she bounced back with other 2006 movies including A Prairie Home Companion and Bobby, LiLo was put on probation in 2007 after being caught driving under the influence.

It turns out young Lohan was having problems handling the “star life”. As a result, she lost many movie deals as she had to check into rehab. But rehab never really solved the problem as she was soon caught up in the dilemma of financial indebtedness which took a toll on her wealth. In the midst of the legal and financial issues, LiLo managed to keep her career going.

In the years 2008 and 2009, she went back to her first love- modeling. She modeled for fashion brands like Fornarina, Miu Miu, and others. She also launched a clothing line 6126 and resumed acting starring in Labor Pains (2009) and Machete (2010). Come 2011, it was rumored that the celebrity party girl was on the verge of bankruptcy. She appeared nude in the Playboy Magazine to receive a million-dollar paycheck. Between that year and the next two, Lindsay spent more time dealing with legal problems than she did with her career. Uncle Sam seized her accounts as she owed six figures in back taxes. The model even checked into rehab again. In 2013, Oprah came to her rescue paying her $2 million for an in-depth personal interview.

Lindsay Lohan’s net worth should be way higher than it is if it were not for her lavish spending and wild party lifestyle which made her break the law more often than not. Good thing, she’s managed to escape a jail term.

Nonetheless, 2016 saw the ex-Disney star slowly turning a new leaf. It was rumored that she has been engaged to her Russian boyfriend, Egor Tarabasov, who according to her parents have been a positive influence on her. Egor is 7 years younger than Lohan and, is the son of a Russian millionaire businessman, Dmitry Tarabasov. Though the couple was engaged at some point, it emerged sometime in 2017 that Lindsay and Egor are no longer together. While what caused the split is best known to the two, Lohan did not handle the breakup well from what was seen on her social media accounts where she went all out to vilify Egor, accusing him of abusing and cheating on her. When Egor returned the gesture claiming that the actress stole his property worth £24,000, Lindsay informed the world that the man is totally broke and couldn’t afford to buy an engagement ring.

In 2019, after she broke up with Egor, the rumor mill went insane with news that LiLo is in a romantic relationship with Mohammad bin Salman, the crown prince of Saudi Arabia. It was said that the crown prince had been flying her around and gifting her very expensive gifts item including a loaded credit card. Upon investigation, it was revealed that there was no truth in the rumor of a relationship between that pair although some sources close to LiLo admitted that the two knew each having met once at a Formula One race in 2018.

Beyond these two men, the story of Lindsay Lohan’s relationship life is juicy – filled with lots of handsome men (and a woman too – Samantha Ronson) both within and outside Hollywood. In 2014, a handwritten list (by Lindsay Lohan herself) published by In Touch Weekly made its way to the internet. The list contained 36 names of famous people she claimed to have dated. While some names on the list were blurred (with sources saying that if they are exposed they could wreck ongoing celebrity relationships), most of them have not been confirmed either. Here’s a look at some of Lindsay Lohan’s past relationships – some names on her infamous list also make the cut: Lindsay Lohan’s relationship life came into the national consciousness in 2002 when she got hooked in a love triangle with Aaron Carter and Hilary Duff. Carter was initially expected to ditch Duff when he got involved with Lohan as he claimed he was bored with the former. However, it lingered and became a triangle before he ultimately stuck with Hilary Duff and broke up the relationship with Lindsay Lohan in 2003. LiLo moved on to the 24-year-old American actor and TV personality, Wilmer Valderrama. However, their relationship was short-lived, lasting only one year before they split – an incident that really hurt Lohan as she wrote the song ‘Over’ which captured her emotions at the time. Lohan met Harry Morton at her own birthday party in 2006, two years after breaking up with Wilmer Valderrama. Morton’s father was Peter Morton, co-founder of Hard Rock Café. Their love was almost a fairy tale as the couple spend holidays together and appeared at events holding hands. The relationship, however, also ended after three months and it was reported that their different personalities (while Lindsay was extroverted, Harry was an introvert) played a huge part in putting an end to what seemed like a “happy ever after”. Her relationship with Nico Tortorella ended began in 2013 and was widely reported even though the couple never confirmed it as a fact. LiLo often claimed they were more of “siblings than lovers.” They would break up two years later in 2015 but have remained close friends ever since – with The Following star going on to marry gender fluid and LGBTQ rights activist, Bethany Meyers in 2018.

In the midst of the breaks between the above-mentioned relationships, LiLo also had a few flings that are worthy of mention. They include:

Did Lindsay Lohan Get a Plastic Surgery? How Much Did it Cost If She Did?

On several occasions, the actress has been accused of enhancing her looks through plastic surgery. Although it is a widely held view that Lindsay went under the knife, she has never admitted this. Notwithsanding, comparing her pictures from the time she stormed the entertainment scene as an unassuming 12-year-old in 1998 to date will show that she has done a ‘couple’ on her body looks. In analysing the changes, several plastic surgeons agree that even though some changes in appearance can be achieved through a proper skincare treatment, they refuse to accept that that is the case for Lindsay Lohan. The experts (who stated they have not treated Lindsay Lohan themselves but could recognize a good surgical procedure when they see one) suggest she must have had surgries to enhance at least two parts of her body – forehead and nose.

LiLo, according to these experts has consistently undergone a Botox (for her forehead to prevent wrinkles) which costs £150-£350 per session and a Rhinoplasty (for her nose) which depending on the amount of work could cost between £4,000-£11,000.

She is said to have also used non-surgical fillers to enhance her cheeks and lips – the latter is obvious with the disappearance of the cupid bow of her upper lip. The surgeons insist Lohan must have used Restylane or Juvederm (for her lips) and Juvederm Voluma XC (for her cheeks)

Lindsay is 4 inches taller than 5 feet (1.65 m) and, the size of shoe that fits her feet is 9 (US). Meanwhile, there was a time the actress got everyone wondering what’s up with her covering her feet with white powder. It was later suggested that she isn’t crazy but only using the powder to maintain friction and avoid slipping on heels.