Stevie Wonder is an American singer, songwriter, multi-instrumentalist, and record producer. After birth complications left him blind, Wonder went on to beat all odds to become one of the most talented musicians the world has ever seen. He has sold over 110 million records worldwide with over 30 Top 10 hits under his belt. Stevie Wonder has won 25 Grammy Awards making him the most awarded solo artists of all time. Here is everything about his rise to fame and wealth.

Stevland Hardaway Morris was born on May 13, 1950, in Saginaw, Michigan. Born as a premature baby, Stevie had to spend some days in the incubator. Unfortunately, excess oxygen in the incubator led to complications that left him permanently blind. With no sight, Stevie developed an increased sensitivity towards the sound which fueled his interest in music. At an early age, he began playing the piano, harmonica, and drums. Stevie quickly became a child prodigy showcasing his talents in his Detroit church, on the streets, and at parties.

At the age of 11, Stevie Wonder grabbed the attention of Motown CEO Berry Gordy who signed him to his first-ever record deal. According to the contract, Wonder’s royalties were to be held in a trust until he turned 21. Stevie worked with Motown producer Clarance Paul who named him “Little Stevie Wonder,” birthing his lifelong stage name. With that contract, Wonder received a weekly stipend of $2.5 from Motown.

Stevie comes from a broken home with his mom divorcing his dad when he was only four. His mother relocated to Detroit with Stevie and his siblings. She changed her name back to Lula Hardway and later changed her son’s surname to Morris. Stevie has retained Morris as his legal name. Wonder’s mother Lula Mae Hardway passed on in May 2006 at the age of 76. Due to the Loss, Stevie started touring to deal all the pain that came with the loss.

Stevie Wonder has married thrice and divorced twice. He has fathered 9 children with 5 women. His first marriage was in 1970 to fellow Motown artist Syreeta Wright. The pair amicably called it quits in 1972. Wonder’s next marriage was in 2001 to fashion designer Kai Millard. They separated in 2009 and officially divorced in 2012. Wonder was ordered to pay her $25,000 per month for the support of their two sons Kailand and Mandla. Millard also received a slice of his wealth.

After separating from his second wife, Wonder began dating Tomeeka Robyn Bracy whom he married in 2017. The couple shares two children.

Yolanda Simmon gave birth to Stevie Wonder’s first child Aisha Morris. Young Aisha became the inspired the legend’s hit single” Isn’t She Lovely”. She is also a singer and has gone places with her dad for different recordings. Stevie has another daughter named Sophia but no record of the woman is known.  The singer also has another daughter with Tomeeka Robyn Bracy named Nia which means purpose. She was born in 2014. Wonder’s music career may seem blissful from afar but it wasn’t without hiccups. His success was not immediate. Wonder had to persevere through the mild success of his first, two albums. His first major hit came at the age of 13 with the single “Fingertips” which reached No. 1 on the Billboard Hot 100, making Wonder the youngest artists in history to top the charts.

However, it seemed like Stevie would become one of those one-hit wonders when he struggled to match his initial success. Even Motown considered releasing him from the contract. However, they decided to take a chance on him. At this point, Stevie honed his singing, songwriting and piano skills.

After dropping Little from his name, Stevie regained glory with hits like “Uptight (Everything’s Alright)” and “Blowin’ in the Wind.” With minor bumps in the road, Wonder ended the 1960s with a strong foot. 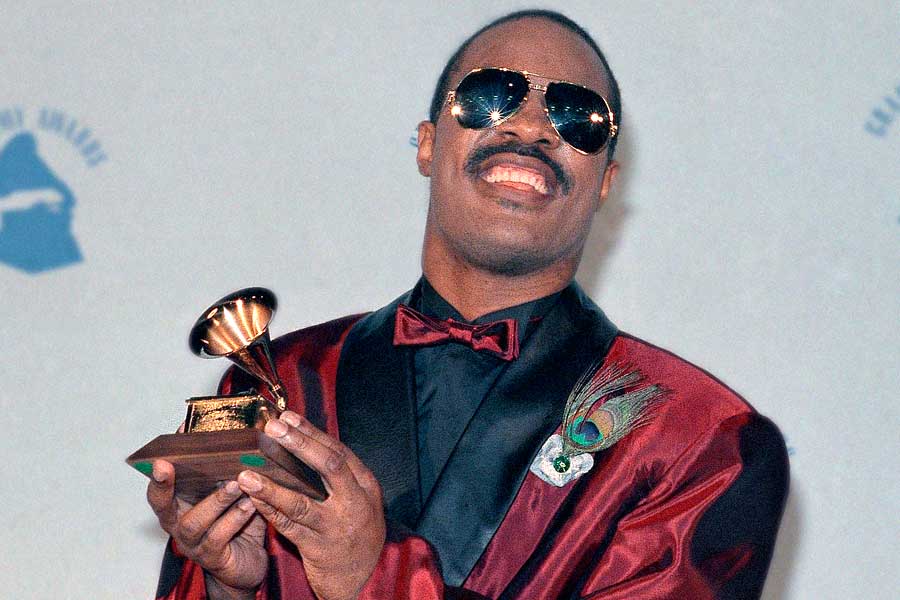 Wonder’s career witnessed continuous success, taking the world by storm from the early 70s. After his initial contract expired in 1971, Wonder worked independently before resigning to Motown on an unprecedented 120-page contract that gave him total control of his works and greatly increased his royalty rate. 1n 1971, Wonder earned $21 million from the deal.

Throughout the 70s, Wonder enjoyed the most consistent success of his career. His 1972 album “Talking Book” was tremendously successful. It spawned the hit songs “Superstition” and “You Are the Sunshine of My Life” which both brought him 3 Grammy Awards. Stevie toured alongside the Rolling Stones in support of the album, exposing him to a wider audience.

His next album “Innervision”s (1973) won 3 Grammy Awards including album of the year. In the midst of paradise, tragedy struck when Wonder was involved in a ghastly car accident. Like all other hurdles in his life, he overcame and returned stronger with “Fulfillingness’ First Finale” (1974) and “Songs in the Key of Life” (1976). Both albums each garnered 3 Grammy Awards. The later contained some of Wonder’s most evergreen hits. After going on a 3-year hiatus, Wonder made a comeback in the 80s with even more commercial success. His studio album Hotter than July (1980) became his first platinum-selling album. The album’s single “Happy Birthday” helped Wonder successfully campaign for Dr. Martin Luther King’s birthday to become a national holiday. As years passed, Wonder became less prolific. However, he continued to collaborate with a wide array of artists. Wonder was also successful on the road. He is said to have performed sold-out concerts in every country he has toured. With consistent growth in his career, Stevie Wonder’s is estimated to be worth around $110 million in 2017.

Graham Stephan Net Worth: How the Real Estate Agent Accrued His Wealth

People are often advised to develop multiple streams of income to make ends meet. One person that has taken this advice to heart and...
Read more

Dogs may be regarded as Man's best friend but there is no denying that cats are one of the most popular pets in the...
Read more

Carlos Slim’s Net Worth, Business Breakthroughs and Details Of His Wife & Children

Carlos Slim Helu is a Mexican self-made business mogul and a diversified investor who was once the richest man in the world from 2010...
Read more

All the NBA Team Owners and their Net Worth

The NBA may have successfully wrapped up the 2020 season in the Disney World bubble but it was one that was fraught with several...
Read more

Is Queen Latifah A Lesbian, Who Is Her Partner And Why Is She called The Queen of Jazz-Rap

Popularly referred to as Hip-Hop’s First Lady, Queen Latifah was one of the initial crossover female rappers that broke the barriers as well as...
Read more

With over 4,000 universities and colleges in the US, high school graduates consider several factors before enrolling into the University of their choice. Depending...
Read more

Even though Colin Jost is now most famous for his marriage to superstar actress, Scarlett Johansson, he is an accomplished individual in his own...
Read more

A lot is often said about being born to famous parents. The glamour and wealth that comes from being the offspring of popular parents...
Read more

The Untold Truth of Toni Braxton, Her Challenges and Family

Toni Braxton is an American singer, songwriter, pianist, record producer, actress, and television personality who has a total net worth estimated at $10 million....
Read more

The Untold Story Of Whitney Houston’s Family, Death and Net Worth

Best described as 'a singers' singer' whose emergence opened the door for other vocalists, Whitney Houston would be remembered as one of the world's greatest...
Read more

Who Are Dave Chappelle’s Wife, Kids & Does He Have A Sister?

Dave Chappelle is an American stand-up comedian, actor, and filmmaker who is worth millions. Dave came from a well to do family in Washington...
Read more

Autism is prevalent and can affect people of all ethnic, racial and socioeconomic groups. The disorder, which limits a person's ability to relate and...
Read more
Public Figure

Over 7 million viewers weekly and more than 20 million monthly in over 100 countries across the globe tune in to listen to American...
Read more
Sports

Jesse Palmer is a Canadian sports commentator and a former quarterback who played for the New York Giants of the National Football League, as...
Read more
Actors

Ronald Wayne is an American electronics industry worker and co-founder of the Apple Computer. He worked with Steve Jobs and together with Steve Wozniak,...
Read more

When you are a celebrity, especially a rich one, there is a limited pool of people that you can get married to, and they...
Read more
Facebook Pinterest Twitter
© Justrichest.com 2020.
All rights reserved.