Steven Tyler Net Worth: How Much is He Worth and Who are His Daughters? 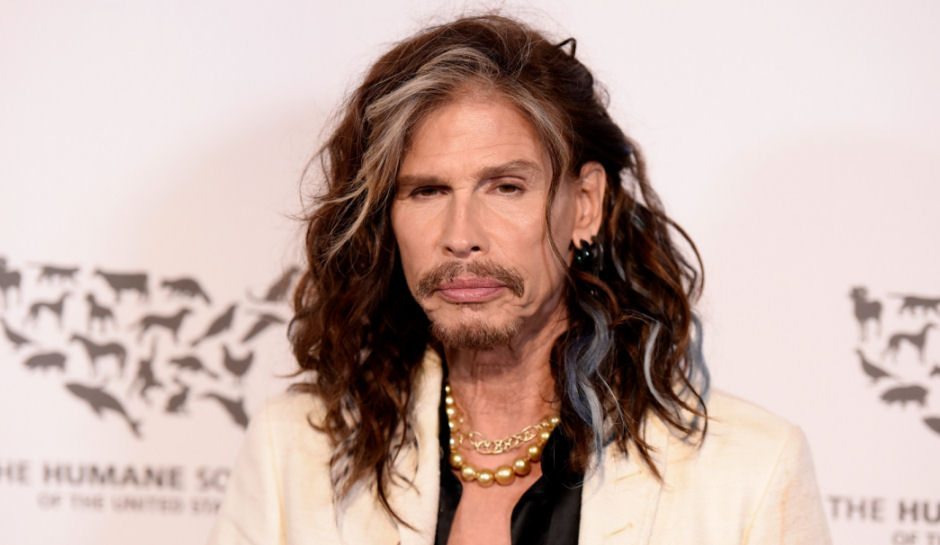 Steven Tyler is an American singer, songwriter, and multi-instrumentalist who currently has a net worth of $130 million.

He rose to fame in the early 1970s as the frontman of the Boston-based rock band, Aerosmith, which he formed in 1969. Most of Steven Tyler’s wealth stems from the success of Aerosmith, which prides itself as America’s best-selling hard rock band of all time with over 150 million records sold worldwide, including over 70 million in the US alone.

The Demon of Screamin went solo in 2015, releasing his debut solo album in 2016. The high-energy performer has made guest appearances on numerous TV shows. From 2011 to 2012, he served as one of the judges on American Idol.

Steven Tyler was born Steven Victor Tallarico on March 26, 1948, in Manhattan, New York. Tyler began playing the drums as a kid, taking after his father Victor A. Tallarico who was a classical musician, pianist, and music teacher. As Steven grew, so did his interest in music. He dabbled in songwriting and continued playing drums in numerous rock bands.

Tyler attended his first Rolling Stones concert as a teenager in 1965 where he got the chance to photograph with Mick Jagger. He attended a local show in Sunapee, New Hampshire in 1969 where he was immediately drawn to the performance of a band named Jam Band which consisted of Joe Perry (guitars) and Tom Hamilton (bass). In 1970, Tyler met with the duo and they all decided to form a band together with Tyler as the lead singer and primary songwriter. They recruited other members and formed what would become the legendary “Aerosmith.”

Later in 1970, the bandmates moved to Boston where they all lived in the same apartment. The same year, they performed their first gig as a band. After 2 years of performing together, Aerosmith landed a record deal with Columbia Records in 1972. The following year, they released their debut self-titled album. The album performed moderately on the charts reaching #21 on the Billboard 200 in 1973. However, after their breakthrough with their third studio album “Toys in the Attic” (1975), Aerosmith was propelled into the mainstream. Their success attracted much attention to their previous works, including their single “Dream On,” which was re-issued in 1976 to much success peaking at #6 on the Billboard Hot 100, making it their first major hit. Analysis of Steven Tyler’s Net Worth and Career Earnings

Steven Tyler’s net worth is estimated at $130 million. Of course, a major bulk of this wealth comes from Aerosmith’s success, which continued soaring by the year. Their popularity helped them with touring as they were able to sell out massive venues.

However, by the early 1980s, the bandmates became their own undoing after finding themselves entangled with drug addiction. Their productivity greatly waned leaving them as only a shadow of their former selves. In a bid to get back in the saddle, they each decided to check into rehab, and by 1986, every member cleaned up their acts and launched a comeback initiated by an appearance on Run–D.M.C.’s cover of their own song “Walk This Way,” which became an international hit.

After decades of playing with Aerosmith, Tyler went solo as a country artist in 2015, releasing his debut solo album “We’re All Somebody from Somewhere” (2016), which was preceded by the lead single “Love Is Your Name.” In an interview with Howard Stern in 2016, Tyler revealed that Aerosmith would be holding their “farewell tour” in 2017, which could last for 2 years or “last forever.” As common with supposed “farewell tours,” Aerosmith stands to bank big as tickets are bound to sell like hotcakes and packed venues to give Super Bowl the run for its money.

Steven Tyler also made some neat earnings when he served as a judge on American Idol for two seasons from 2011 – 2012. He chose not to continue with the judge’s duties, stating that he had to leave his “mistress” (Idol) to return to his first love – music with Aerosmith. Tyler’s autobiography “Does The Noise In My Head Bother You?” released in 2011 became a New York Times best-seller. The tell-all book recounts Tyler’s numerous wild escapades. In 2006, Tyler’s career was threatened by a throat problem. He successfully underwent throat surgery to fix the problem. The same year, Tyler revealed he had been living with Hepatitis C, for 11 years after being diagnosed in 2003.

Tyler has four children (three daughters and a son) from three different women. In February 2017, he auctioned his Hennessey Venom GT Spyder (valued in 2012 at over $1 million) for $800,000. He donated the entire proceeds to Janie’s Fund, which helps vulnerable girls who have suffered abuse and neglect.

Steven Tyler made his $130 million net worth through:

Steven Tyler’s highest-selling albums of all time include:

Meet His Daughters and Son Steven Tyler is has been in a relationship with his much younger girlfriend, Aimee Preston. Should the two get married, Aimee would be his third wife. The singer was previously married to model Cyrinda Foxe from 1978 to 1988, and afterward, he married Teresa Barrick in 1988, and they went their separate ways in 2006. Through his marriages and previous relationships, Tyler is a father to three children, namely Liv Tyler, Chelsea Tyler, and Taj Tallerico. Learn more about them below:

Liv Tyler is Steven’s first child and the product of his brief relationship with fashion model Bebe Buell. A multifaceted star, Liv was born in 1977, and she began her modeling career at the age of 14. Asides from modeling, she is also an actress best known for portraying the character of Arwen Undómiel in the Lord of the Rings film trilogy. She has also starred in other blockbusters such as Armageddon (1998), Lonesome Jim (2004), The Strangers (2008), and Ad Astra (2019). Also, Liv has served as a UNICEF Goodwill Ambassador for the United States since 2003, as well as a spokesperson for Givenchy’s line of perfume and cosmetics. She has been married and divorced once and is a mother of three children.

Steven Tyler’s second child, Mia, is the product of his marital relationship with actress Cyrinda Foxe. She was born in New Hampshire, on December 22, 1978. Just like Liv, Mia has equally carved a niche for herself in the American entertainment industry as an actress, model, fashion designer, author, media personality, and talent manager. Mia launched her clothing line, Revolution 1228, in 2009 and has graced the cover of elite magazines such as YM, Seventeen, Moxie Girl, Vogue, Flare, Teen people, and much more. She has had a few acting roles, including Marsha in Rush Hour 3 and A Little Bit of Lipstick. Mia has married and also divorced once, and she has a son with her boyfriend, Dan Halen.

Chelsea is Steven Tyler’s third child and a product of his relationship with fashion designer Teresa Barrick. She was born on March 6, 1989, in Marshfield, Massachusetts, USA, and is an older sister to Steven’s only son Taj. This beauty with brains has since followed in the footsteps of her father, and today, she is a well-known music star. She is happily married to Jon Foster; they tied the knot in June 2015 and welcomed their first child in February 2020.

Tyler’s only son from his many relationships, Taj, was born in Boston, Massachusetts on January 31, 1991. It is not known what Taj does for a living; the much we know is that he once appeared in a movie, Lizzie McGuire, and since then, nothing is known about his subsequent endeavours. More so, the younger Tyler shares a strong bond with his family, most especially his dad, as he is always seen accompanying Steven to red carpet events, among others. Although he is not married yet, it is also not known if Taj is currently in a relationship.

One of the revelations from Steven Tyler’s highly acclaimed memoir “Does the Noise in My Head Bother You?” was the fact that although he had a homosexual tryst in his youth, it just didn’t work out for him. So the rockstar is definitely, not gay.

A lot of guesses on the height of the singer abound, and they are not helped by his style choice of high-heeled boots. Steven Tyler, however, stands at 1.77m.