Does Jason Statham Have A Wife or Girlfriend, What Is His Net Worth? 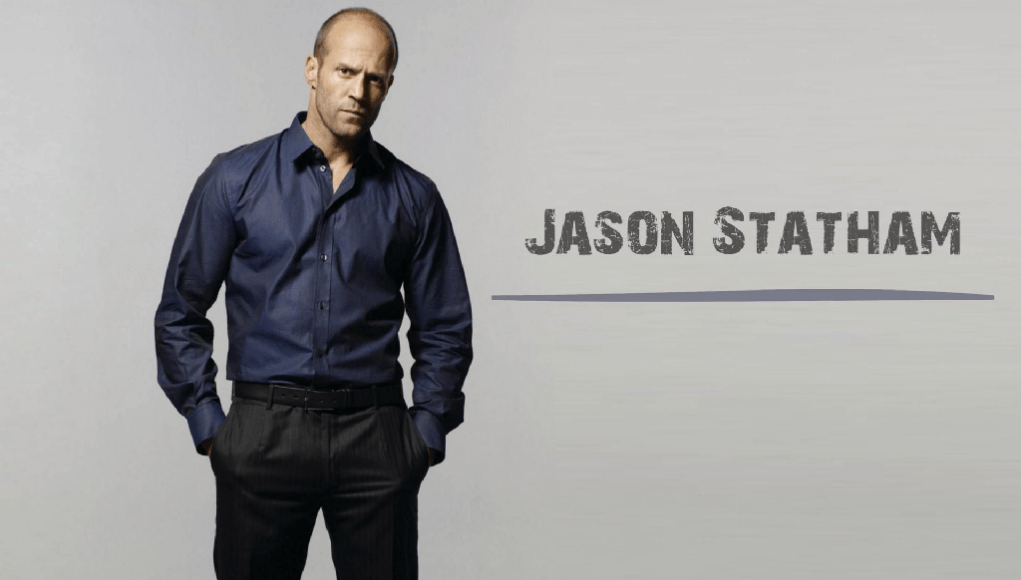 The famous English actor is very popular in Hollywood for his antihero roles and sometimes performing his own stage combat and stunts. Jason is best known for his outstanding performances in high-grossing movies like “The Italian Job”, “The Transporter” series as well as “The Expendables” series, “Crank” among others. He’s also one of the big names who joined the famous “Fast and the Furious” franchise. While he made a cameo appearance in “Fast & Furious” 6, Jason starred in Furious 7 and “The Fate of the Furious.”

In addition to being a talented actor, the Derbyshire-born star is also good in martial arts and competitive diving which has come in handy in his career as he has become a big shot in the industry for performing most of his stunts in movies by himself. Born on 26 July 1967 in Shirebrook, Derbyshire, England, Jason was attracted to football, martial arts as well as diving from when he was still a little child. As a teenager, he decided not to follow his father’s line of work at the local market stalls. Thus, he took his passion for martial arts and diving to the next level as he became a member of the “National Diving Squad” for twelve years. Moreover, he also competed at the 1990 Commonwealth Games for England.

Also, with the help of football player Vinnie Jones who was his childhood friend, Jason was able to make a name on the football pitch. But, he still didn’t feel like he was doing enough for himself.

Eventually, Jason took his first step in the entertainment industry when he started modeling for a brand “French Connection”. This experience was a groundbreaking one as it opened many doors to the success he enjoys today. Jason also appeared in a few music videos following his modeling career. However, after making a few music videos, he was introduced to British director Guy Ritchie who was developing a film project and needed to fill the role of a street-wise con artist at the time. When Ritchie heard about Statham’s past as a black market salesman, he decided that he would be the perfect match for the character. Thus, he cast him to play the role of “Bacon” in his 1998 crime comedy thriller videos, “Lock, Stock and Two Smoking Barrels”.

Apparently, Jason still had a taste of his father’s kind of work before he made it in the movie industry. Notably, Jason, at a time when the going became tough, sold fake perfumes and jewelry on the streets to make ends meet.

Notwithstanding, his debut movie pushed him to the spotlight as it was well received by critics and the creme de la creme in the industry. Subsequently, he climbed to fame from his next movie “Snatch”, released in 2000. Afterwards, Jason became a famous actor in Hollywood, appearing in movies alongside popular Hollywood stars. He also influenced a slew of characters on comic books.

READ   Who Is Verne Troyer, Was He Married and How Did He Die?

His Movies and TV Shows

As one of Hollywood’s most popular actors, Jason has many top-notch movies like “Mean Machine”, “The Bank Job”, “The Mechanic” “The Expendables” and much more under his belt. Mostly noted for being typecast as an antihero, Jason has also been a part of action and comedy movies like “London”, “Crank: High Voltage” and more. All of these projects have added heavily to Jason Statham’s net worth.

You will not be entirely surprised to find out that he was also in Snatch, Turn it up, Ghost of Mars, The One, Collateral, Death Race, In The Name Of The King, Wildcard, Blitz and Gnomeo And Juliet.

Most notably, he was also in The Italian Job, Fast And Furious 6, Furious 7, Cellular, The Pink Panther and he showed off his comedic chops in Spy.

For the most part, with more exclusive movies in the pipeline, and a lot of hard work he’s put in, Jason Statham’s earnings will definitely continue to appreciate.

Does Jason Statham Have A Wife or Girlfriend?

The movie star has been dating a well-known model, Rosie Huntington Whiteley. Before going into a relationship with Rosie in 2010, Jason had been in a seven-year-long relationship with another model Kelly Brook which went on until 2004. He and Rosie announced their engagement in January 2016 and in February 2017, they announced that their first child was underway. On June 24, Jason and Rosie welcomed their son Jack Oscar. How much money does he have?

After putting his days of struggling to survive behind him, Jason now lives a lavish life in his multi-million dollar homes and estates that extend across USA and England. As a luxury car enthusiast, Jason has also managed to collect numerous cars such as “Audi S8”, “Jaguar E Type” a lot more which most people can only dream of. All these assets do not seem too extravagant or affect Jason Statham’s asset of $50 million.

Kimbal Musk Net Worth and How He Made His Money From Tesla, Restaurants and Other Ventures

Kimbal Musk is a South African-born restaurateur, chef, entrepreneur, and philanthropist who has a net worth of $500,000 million The Musk name has become a...
Read more

Revelations About Rihanna’s Net Worth, How She Makes and Spends Her Money, and Relationship Timeline

What is Rihanna's Net Worth?
READ   Who Is Verne Troyer, Was He Married and How Did He Die?
Rihanna is a Barbadian singer, actress, and businesswoman who has a net worth of $600 million, this makes her the wealthiest...
Read more

What We Know About Mariah Carey’s Net Worth, Parents and Previous Relationships

What is Mariah Carey's net worth? Mariah Carey is an American singer, songwriter, record producer and actress who has a net worth of $320 million Over...
Read more

The Truth About Eminem’s Net Worth and Career Successes

What is Eminem's Net Worth? Eminem is an American rapper who has dominated the music genre for many years. He is also an actor, singer,...
Read more

Sheikh Mohammed bin Rashid Al Maktoum is years old ruler of the Emirate of Dubai, as well as the Vice President and Prime...
Read more

A common adage has it that anybody who thinks education is expensive should try ignorance. This is all well and good and emphasizes the...
Read more

Gigi Gorgeous Before And After: Is She Still in Relationship With Nats Getty or Married?

Canadian-born transgender vlogger, Gigi Gorgeous started making videos on YouTube in 2008 through her name, ‘Gregory Gorgeous’. Her channel is known for fashion and...
Read more

Deviating from what society considers the norm is never an easy prospect and one area where this manifests well is with regards to sexual...
Read more

50 Cent Net Worth, Music Success and Details of His Romantic Relationships

Zhong Shanshan is The New Asia’s Richest Man: Here’s How He Makes and Spends His Money

For several years, the likes of Alibaba founder Jack Ma and Indian business magnate Mukesh Ambani have held sway as the richest personalities on...
Read more

20 Richest LGBT People in The World, From Tim Cook To Peter Thiel, and Elton John

In recent times, a good number of LGBT people have been ranked among the richest billionaires and millionaires in the world. The most wealthy...
Read more

Royalty breeds kings and queens, but most importantly, it breeds princesses who are celebrated almost as much as their parents. Princesses are people of...
Read more
Business People

Despite his stellar résumé and colossal success in the business world, Brad Zibung is best recognized as a celebrity spouse. Professionally, the sports enthusiast...
Read more
Celebrities

Before the world turned a sharp focus on sexual assault, particularly from powerful men with the Me Too movement, there were a few high-profile...
Read more
Lifestyle