Ever wondered who the hottest female news anchors in the TV world are? Beauty is in the eye of the beholder and so, everyone is bound to approach this question differently. Yet, there are several news anchors that seem to get universal validation.

While most people understand that a reporter’s merit relies more on their brains than their looks, curiosity about the hottest female news anchors has still experienced a surge in popularity in recent times. As you would expect, it wasn’t a walk in the park trying to sift out the top ten of the most stunning of the TV goddesses, but we pulled it off. After rigorous screening, here are those that made our list alongside their duty posts.

TV’s Most Stunning Female News Anchors This Year Are… There is no denying that the French Melissa Theuriau is one of the most beautiful women on television right now, and it is a fact that has been true for more than 15 years since she began her career as a journalist for Match TV in 2002.

Well, this is not just a personal opinion. Instead, over the course of her career as a journalist, Melissa Theuriau’s status as one of the hottest female news anchors in the world has been acknowledged officially over and over again. For instance, in 2006, she was voted TV’s sexiest woman by the American readers of Maxim. Beyond the American shores that same year, the UK tabloid Daily Express also voted Melissa as the world’s most beautiful news reporter. The following year, she was not only acknowledged as the most beautiful woman on TV or in the media but rather in the wide world. She received this fantastic recognition from the readers of the French edition of men’s lifestyle magazine FHM.

One thing about Melissa is that she is not only beautiful outwardly but also inwardly. Her kind-heartedness, for instance, is well documented through her work with charity organizations such as Abbé Pierre Foundation which caters to homeless people. On a number of occasions, she has equally revealed her modest spirit by showing she is embarrassed by the amount of attention she is getting for her looks. As a journalist, she is also a co-editor-in-chief of M6 news magazine Zone interdite and is a co-founder of the organization, La Rose, which works with UNICEF to aid the education of girls.

If you are wondering if Melissa Theuriau is single, she is not; she has been married to Jamiel Debbouze since 2008, and they have two children together. 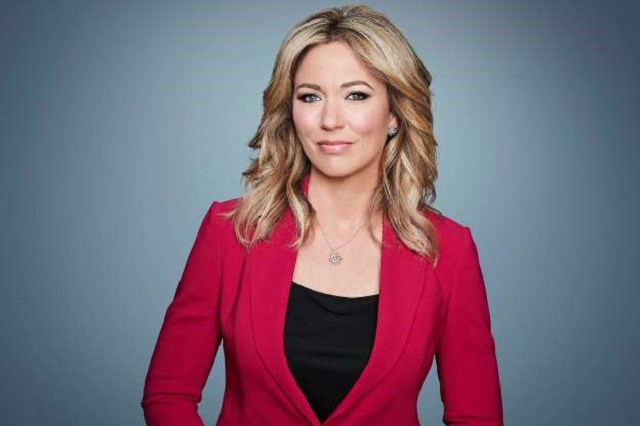 CNN gets much flack for its coverage of various news events, particularly when it comes to politics in the United States, but it continues to maintain its place among the best and most successful news organizations in the world thanks to the quality of staff at its disposal, one of which is Brooke Baldwin.

Baldwin has been working with CNN since 2008 and currently hosts the channel’s newsroom. Since her days with the popular news network, its viewers have been treated not just to the quality of her work as a news anchor, but also to her very alluring looks.

Even after over a decade of journalism, she’s still as attractive as ever. Below is a video of the news reporter during the COVID-19 outbreak rallying support against the deadly scourge, talk about inner and outer beauty.

During Brooke Baldwin’s many years with CNN, she has received a number of recognitions. Variety featured her in one of their eminent articles entitled ‘Women Surge To Top Of TV News In Face Of Sexism’. For those who are curious, the CNN reporter is not single, she has been married to James Fletcher since 2018. The Lebanese Ghida Fakhry works as a current affairs presenter for TRT World and has been widely acknowledged as one of the hottest female news anchors that the TV world boasts of today. Although she was born in Beirut, Lebanon, she was educated in London, where she earned her Bachelor’s and Masters’s degrees.

In 2007, Ghida was one of the four voted from the USA in Esquire‘s annual ‘Women We Love’. In addition to other recognitions, she was also listed among the World’s Most Influential Arabs by Arabian Business Power 500.

She has worked with the Huffington Post, Al Jazeera English, and was the host of Aljazeera English’s documentary Witness. For the records, Ghida Fakhry speaks four languages – Spanish, French, Arabic, and English which certainly adds to her appeal in the TV business. Without a doubt, the genre of sports Journalism is filled with many of the hottest female news anchors on television. Needless to say, one of them is Antonietta Collins who works as a news anchor for ESPN, anchoring the show SportsCenter.

A Mexican-American, Antonietta started her TV career in 2007 as a production assistant at the Miami, Florida base of the American Spanish-language free-to-air TV network, Univision. She has also reported in other news genres such as drug-trafficking, weather, and sports on a couple of channels. Antonietta began her career with ESPN in 2013.

Antonietta Collins is also the daughter of a famous TV journalist, Maria Antonieta Collins. The Mexican-American journalist stands tall at a height of 5 feet 8 inches and has a bodyweight of 54kg.

Julie Banderas’ height is recorded to be 5 feet 4 inches, and she has a listed weight of 60kg. Her body measurements are also recorded to be 36-26-38 inches for her chest, waist, and hips respectively. With her amazing figure, there is no doubt that Julie Banderas is one of the hottest female news anchors on TV today. In addition to her enviable physique, Julie is equally a gifted journalist.

The Fox News reporter has been in the business for more than 15 years, having begun at WLVI-TV in Boston. She joined Fox News in 2005 and has been with the channel ever since. The news anchor has been married since 2009, and she has three children.

The best part is that Julie’s beauty has stood the test of time.

Yep.. that’s me. I did my own hair and makeup to avoid having any contact with anyone here at work. Much appreciation to all the makeup and hair staff at television networks that are still coming to work. I chose to play it safe. https://t.co/lHyMEZoJFX Courtney Friel works for KTLA-TV, a local channel based in Los Angeles. Although she has done some work for Fox News Channel before, her primary career is on local TV, and she has had quite a long one.

Between her TV appearances and her Instagram page, it is difficult not to see why she belongs among the hottest female news anchors in the business. Robin Meade works for HLN where she anchors an eponymous show Morning Express with Robin Meade. She is a former beauty pageant, and winner of Miss Ohio, further proving our point about her attractiveness.

Aside from the pageant, she was also named the Sexiest Newscaster in a poll by Playboy Magazine. And if Playboy says you are hot, who are we to disagree? Especially when the evidence speaks for itself. 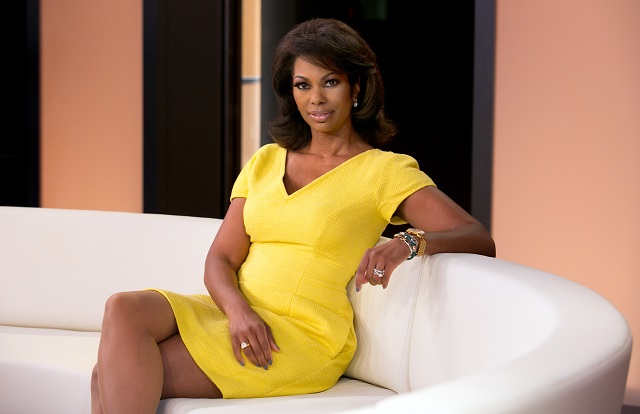 Is it even possible to have a top ten list of the hottest female news anchors without having the Fox News Channel anchor? No. I mean, you could have one, but it would be wrong.

Harris Faulkner is not just one of the hottest female anchors working today, but she is also one of the most successful, having joined the profession in the late 80s. She began her career as a freelance writer before she started her journey in television with KCOP-TV.

She has been the recipient of six Emmy Awards for her work as a newscaster and reporter. She is also a published author with two books.

A woman whose beauty defies age, Harris has been a married woman for more than 16 years and has two children. Our next entry among the hottest female news anchors from sports journalism is Maria Taylor. She has been in the business since 2009, after graduating from the University of Georgia, and she has pretty much held her place among the hottest women on TV since she grabbed the camera for the first time.

Did we mention that she is also a sportswoman and she played college sports? Maria played volleyball and basketball at the college level for the University of Georgia.

She joined ESPN in 2013 and SEC Network in 2014. You can catch her reporting on college football games on any of the networks. You can also follow her on Instagram where she reminds us with every new post why she belongs on this list. 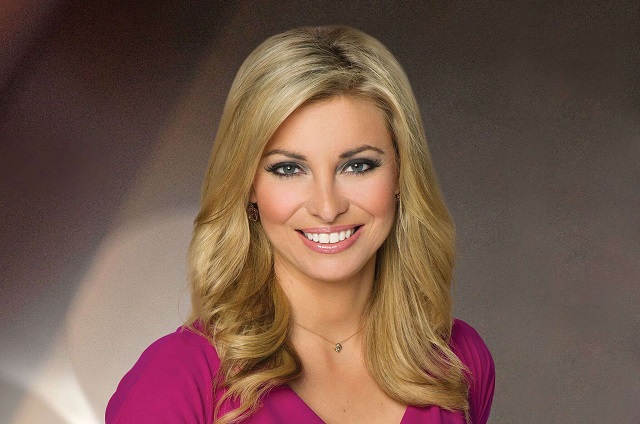 Wrapping up our ten hottest female news anchors list is Amanda Drury, the Australian journalist who is a news anchor for CNBC.

Amanda Drury has a voice and personality that makes even the most negative news easy to stomach, and a beauty that belongs on this list. She stands at a height of 5 feet 5 inches and has a bodyweight of 63kg, while her body measurements are 37, 26, and 38 inches for her bust, waist, and hip measurements, respectively.

Just as she is remarkable physically, she is also dynamic when it comes to her profession. She has worked for Bloomberg and has been with CNBC since 2001, during which she has won a couple of awards, including the Asian Television Award for Best News Presenter.