Having won the first-ever championship in 1946-47, the team was relocated to Bay Arena in 1962 where they were named ‘San Francisco Warriors’. With 18 Hall of Famers and several distinguished NBA players who eventually became members of the Greatest Players in NBA history, the team has won five NBA championships – in 1947, 1956, 1975, 2015, and 2017. The Warriors’ salary cap for 2020 is over $109 million and the figure is poised for an increase now and then. Here, we break down the roster salary of the Golden State Warriors. Curry is currently one of the most successful players in the NBA; while ESPN ranked him among the most famous international athletes, Forbes named him among the world’s highest-paid celebrities for his endorsements.

He was selected with the seventh overall pick in the 2009 NBA draft by the Golden State Warriors on a contract worth $12.7 million over four years. Andrew Wiggins was the first overall pick in the 2014 NBA draft. The Canadian professional basketball player was drafted by the Cleveland Cavaliers and made history as the second Canadian player to be selected first in the NBA draft. However, he was traded to the Minnesota Timberwolves and he played for the side until 2020 when he joined the Warriors. Draymond Green signed a three-year, $2.6 million contract with the Warriors on July 30, 2012, shortly after he was selected with the 35th overall pick in the 2012 NBA draft by the Golden State Warriors. He has been with the team since then as he re-signed with the side in July 2015: it was a five-year pact worth $82 million

James Wiseman is one of the newbies in the NBA. Born on the 31st of March 2001, he had his college career with the Memphis Tigers of the University of Memphis. Following a suspension by the National Collegiate Athletic Association (NCAA), he decided to leave college and avail himself for the 2020 NBA draft. The Warriors selected him as the second overall pick and he made his NBA debut on the 22nd of December 2020 against the Brooklyn Nets.

Kevon Looney joined the NBA in 2015; he was selected by the Warriors in the first round with the 30th overall pick; this was after playing college basketball with the UCLA Bruins for a year. He has been with the Warriors since then, even though he spent the 2016-17 season with the Santa Cruz Warriors, an NBA G League team affiliated with the Golden State Warriors. Kevon’s career has seen him win two NBA championships among other achievements.

Born on the 19th of June 1999, Jordan Poole had his high school education at Rufus King High School in Milwaukee, Wisconsin, and La Lumiere School in La Porte, Indiana. He excelled in basketball in high school and got to play in college for the Michigan Wolverines. After his sophomore season, he declared for the 2019 NBA draft and was subsequently drafted by the Golden State Warriors as the 28th overall selection in the first round. Thereafter, he signed a three-year contract worth $6.2 million.

Damion Lee had quite a journey before he became a part of the NBA. Born in Baltimore, Maryland, on the 21st of October 1992, Lee graduated from Calvert Hall College High School in Towson, Maryland, where he distinguished himself as a fine basketball player. After college, he played for the Drexel Dragons of Drexel University and then for the Louisville Cardinals of the University of Louisville but went undrafted in the 2016 NBA draft.

He joined the Miami Heat and would later sign with the Boston Celtics. Lee was soon waived and acquired by the Maine Red Claws of the NBA G League. He was traded to the Santa Cruz Warriors in August 2017, and eventually signed with the Atlanta Hawks of the NBA. It was in 2018 that he joined the Golden State Warriors.

Kent Bazemore was born on the 1st of July 1989 in Kelford, North Carolina, and schooled at Bertie High School in Windsor, also in North Carolina. After that, he moved on to Old Dominion University in Norfolk, Virginia, and played for the school’s team. As a junior playing for the Old Dominion Monarch, Kent won the Lefty Driesell Award. He had a very successful college career, yet he went undrafted in the 2012 NBA draft. He has journeyed all through his professional career but has been with the Warriors since 2020.

Born on the 14th of June 1994, Mychal’s adoptive parents named him after former NBA player, Mychal Thompson, and sealed his fate as a basketball player. He had his college career with Vincennes University and then the Kentucky Wildcats of the University of Kentucky. After he was undrafted in the 2017 NBA draft, the Windy City Bull selected him 9th overall in that year’s NBA G League draft and it marked the beginning of his professional career. He journeyed from the Miami Heat to the Sioux Falls Skyforce before the Golden State Warriors acquired him sometime in February 2020 on a 10-day contract which was renewed to a multi-year contract when it expired in March.

Eric Paschall’s professional career began in 2019 after he was drafted by the Golden State Warriors as the 41st overall selection in the second round of the year’s draft. He began his NBA career on a good note as he was named to the NBA All-Rookie First Team of 2020 and the NBA All-Star Rising Stars Game of the year. During his college career which he had first with the Fordham Rams of Fordham University and then the Villanova Wildcats of Villanova University, he was named an Atlantic Ten Rookie of the Year (2015) and also emerged as an NCAA champion in 2018.

Alen was born on the 18th of August 2000 in Belgrade, the capital and biggest city of Serbia. The Serbian professional basketball player began his career in his country where he played for KK Beko. In October 2018, he was selected by the South Bay Lakers to join the NBA G League as the 4th pick of the year. But then, he was traded to the Santa Cruz Warriors affiliated to the Golden State Warriors. The following year, the New Orleans Pelicans drafted him as the 39th pick of the year’s NBA draft. He would later be traded to the Golden State Warriors and he inked a multi-year contract with the side sometime in July 2019.

Gary Payton II is the son of Gary Payton, an NBA Hall of Famer known for the 13 years he played for the Seattle SuperSonics. Payton II has a long way to go if he must equal his father’s accomplishment in the sports. He had his college career with the Oregon State Beavers of Oregon State University and was twice named the Pac-12 Defensive Player of the Year, to the First-team All-Pac-12, and the Pac-12 All-Defensive Team. The NBA G League champion joined the Golden State Warriors on the 8th of April 2021 on a 10-day contract which was renewed for another 10 days on the 19th of April.

Niccolo Mannion born on the 14th of March 2001 is an Italian-American professional basketball player. He was born to Pace Mannion, a former NBA player, in Siena, Tuscany, Italy. He spent some of his childhood there and attended Pinnacle High School in Phoenix, Arizona; after his family moved to the United States. Nico had his college career with the Arizona Wildcats of the University of Arizona and was drafted in the 2020 NBA draft by the Golden State Warriors as the 48th overall pick in the second round. The team later signed him to a two-way contract.

Juan Ronel Toscano-Anderson was born on the 10th of April 1993 in Oakland, California. The American-Mexican professional basketball player was born to an African American (father) and a Mexican American (mother). He played high school basketball at Castro Valley High School in California and then had his college career with the Marquette Golden Eagles of Marquette University from 2011 to 2015. Despite having a decent college career, he went undrafted in the 2015 NBA Draft; so he joined the Soles de Mexicali of the Liga Nacional de Baloncesto Profesional. He played for other teams before he joined the Santa Cruz Warriors in 2018, and in 2020, he inked a three-year deal with the Golden State Warriors.

Summary of The Salaries of Golden State Warriors Current Roster 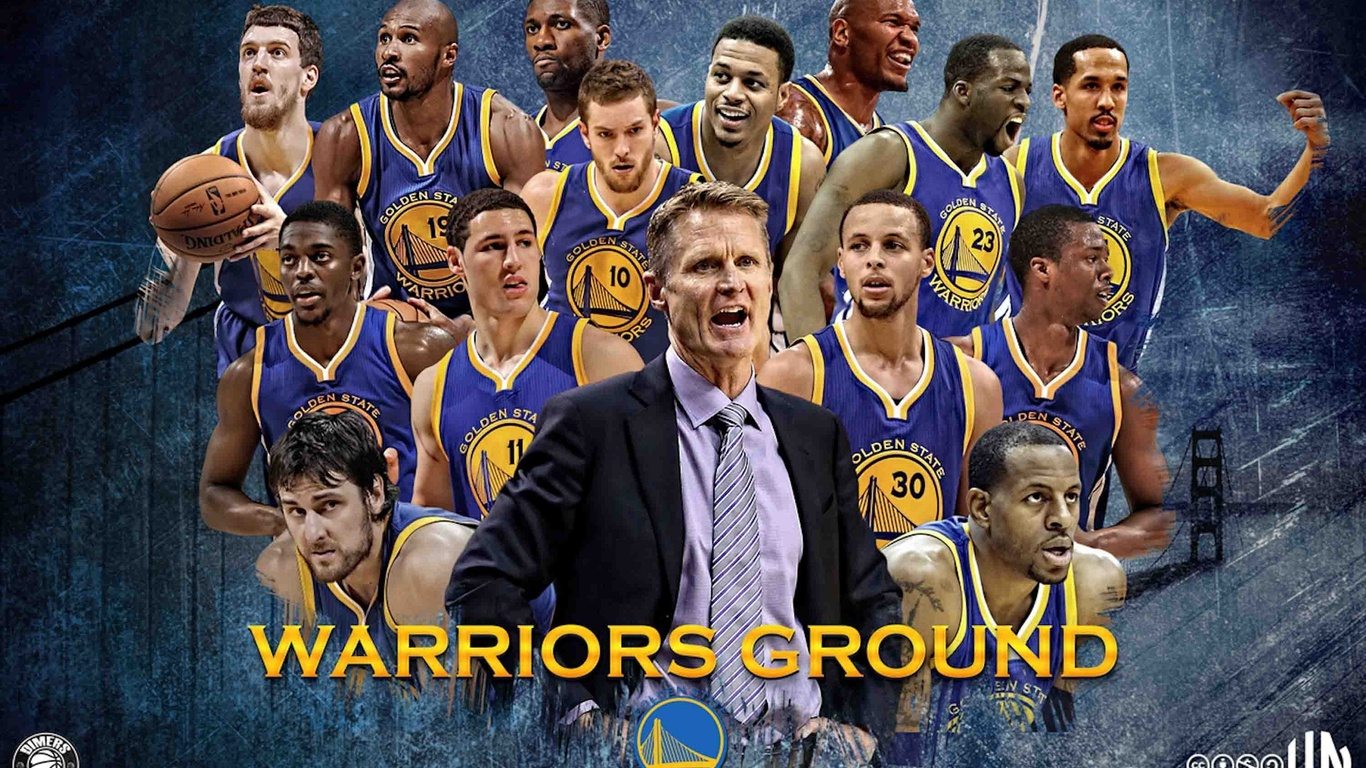