5 Facts You Need To Know About Cordarrelle Patterson

Cordarrelle Patterson is a versatile American football player who functions as a return specialist as well as a running back and wide receiver. He currently associated with the New England Patriots of the National Football League. The play-maker completed his college career with the Tennessee Volunteers football team of the University of Tennessee. Turning pro in 2013, Cordarrelle was chosen by the Minnesota Vikings football team where he spent four years ending in 2016. Asides from the Vikings, Cordarrelle had a brief stint with the Oakland Raiders before being traded to the Patriots in 2018.

Born Cordarrelle Patterson in Rock Hill, South Carolina, United States; the football star was born on the 17th day of March 1991 and was raised by a single mother Catherine Patterson along with his two other siblings Crystal and Charles. He experienced a rough childhood as life was unpleasant for Cordarelle and his family. His mother did several jobs in order to cater for her family.

As a child, Cordarelle discovered his talent in sports which led him to participate in various sporting activities while in high school. He was lettered in football and basketball as well as track and field events in high school and completed his basic education at the Northwestern High School situated in Rock Hill, South Carolina. After his graduation, Cordarrelle enrolled at North Carolina Tech Christian Academy in 2009; however, he left for Hutchinson Community College the following year. As a junior, the wide receiver played for the Hutchinson football team. After his junior year, Patterson moved to the University of Tennessee where he completed his college football career. Learn more about the wide receiver in these five facts below.

He Began His Professional Career in 2013

Cordarrelle Patterson joined the 2013 NFL draft and was picked by the Minnesota Vikings as the 29th overall selection during the first round of the draft. The wide receiver made his first professional appearance for the team in their game on 8th September 2013. During the game, Patterson recorded his first catch from Christian Ponder and after the game, he continued recording massive improvement in his pattern of play to date. Finishing his first season with the Vikings, Cordarrelle notched a total of five touchdowns and 45 receptions for 469 yards.

Cordarrelle received his first Pro Bowl call-up and was also selected to the All-Pro team following an impressive season. He also played three more seasons for the Vikings before he left the team and penned a one-year deal worth $5.25 million with the Oakland Raiders in 2017. At the 2017 regular season, Patterson was traded to the New England Patriots in March 2018. He has been a great addition to the Patriots team and being a versatile player, he could be utilized at any position on the team.

Cordarrelle Patterson is More of a Return Specialist than a Receiver

While we all have our strengths and weaknesses, Cordarrelle has shown to be more productive as a return specialist than a receiver while in the field of play. The football star earned his second Pro Bowl and All-Pro Team selection in 2016 following his excellent punt returning skills. He has seemingly trained himself as a good returner and that has been one of the major qualities keeping him atop his game. 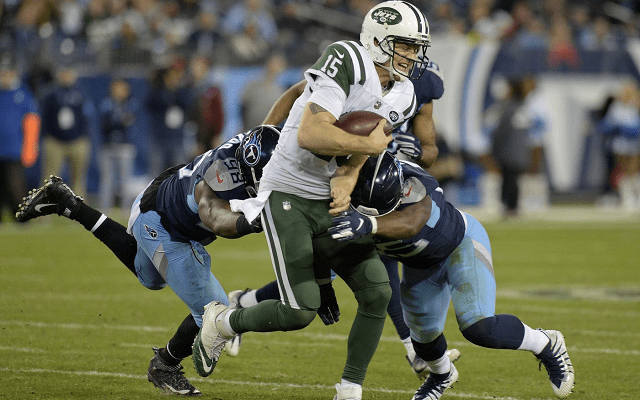 During the Patriots week 12 win in December 2018, Cordarrelle Patterson was fined for grabbing his opponent by the balls. Cordarrelle committed the unusual act against New York Jet’s defensive end player Henry Anderson. However, there was no penalty given during the play. After the game, the wide receiver admitted to the crime and was asked to pay the sum of $13, 369 as fine. Meanwhile, it wasn’t the first time Henry Anderson was ruffled in a game. Patriots’ defensive end Deatrich Wise was previously fined $20,054 following an encounter with the same player in a separate game.

He Has an Impressive Net Worth

His Height and Weight

Cordarrelle Patterson is a very tall and handsome dude; he stands at a height of 6 feet 2 inches. He has an ideal weight of 228 pounds (103 kg). In addition, the wide receiver has a masculine bodybuild, all thanks to his constant work out at the gym. His distinctive feature is his dreadlocks and he also has brown eyes.