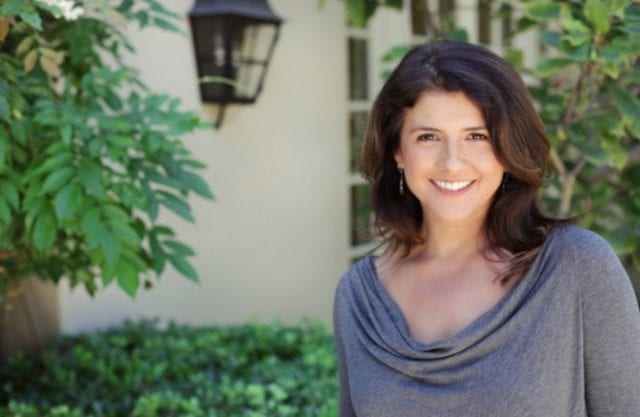 To music fans, especially rock enthusiast, Cindy Millican is the wife of Glenn Frey, a founding member of the popular band, Eagles. To movie watchers, she is an actress who appeared in the 1987 movie, The Running Man, and for those living with Lupus, she is one of the influential women championing the awareness and treatment for people living with the ailment.

Although Cindy has her claim to fame from three different areas, it is her work as a leading voice for Lupus awareness and her status as the widow of Glenn Frey that has made her one of the admired women in Hollywood.

Cindy Millican has been in the spotlight ever since she appeared in The Running Man in 1987. Her appearance in the film which was directed by Paul Michael Glaser and starred Arnold Schwarzenegger was the culmination of the hard work and commitment that had driven her ever since she realized her passion for arts as a young girl who was born in the United States in 1967.

When it comes to her background, regarding details such as her parents, siblings, and education, very little is known about the actress. Although she is considered an actress, Cindy hasn’t been an active actress since she made her feature-length debut in 1987, choosing instead to focus on her family life and her work on Lupus awareness and philanthropy.

Career As A Dancer

For a long time as a dancer, Cindy danced in music videos and directed the choreography for music videos. It was a modest success in a profession that wasn’t the most recognized among the various parts of the entertainment industry. She, however, got her major recognition as a dancer when she starred in The Running Man, featuring on the big screen alongside the 80s and 90s movie star, Arnold Schwarzenegger.

Other than meeting the love of her life Glenn Frey through her work as a dancer, it was the most notable moment in Cindy Millican’s career. Partly because she quit her life as an active actress to build a family with the Eagles’ lead singer.

Highlights of Her Career Involvements

Most of Her Works Now Revolve Around Charitable Causes After Cindy Millican got married to Glenn Frey, she devoted her time to supporting his career and running their home. In addition to that, she engaged herself in various charitable causes, raising funds and awareness for issues dear to her heart.

Her work as a Lupus advocate began after she was diagnosed with the disease. She got treatment under Dr. Daniel Wallace, a notable medical practitioner whose work is focused on the treatment of the disease.

As part of an appreciation for his work and her desire to combat the disease, she began to lend her popularity and financial power to charities in support of the fight against the disease. She has worked alongside other notables names like Donna Karan, a fashion designer in hosting fundraising dinners and shows as part of her efforts to support Lupus LA, a charity owned by Dr. Daniel Wallace.

She has also supported A Grassroots Aspen Experience, a charity organization based in Aspen, Colorado. The establishment’s mission is to help at-risk youth across the United States through mentorship programs and empowerment exercises.

A Look at Cindy Millican’s Net Worth

Being the wife of the leader of one of the most successful bands out of America comes with its own perks. Having lost her husband in 2016, Cindy Millican, along with her income from her dancing days and other endeavors is currently worth $90 million, with a majority of it believed to have been willed to her after the death of her husband, Glenn Frey, whom she was married to for 26 years.

When her husband passed, it was revealed that he named Cindy as the sole heir to his fortune. Gleen also named her as the executor of his will with assets worth $100,000. There was also a family trust which is believed to hold most of Frey’s wealth.

How Her Husband Acquired His Net Worth

Thank you for making amazing music that we can all share for generations. RIP Glenn Frey. https://t.co/CEvVzadpwp

One doesn’t need to look for how Cindy’s late husband made his wealth, it came from his music career. He was a member of one of the most successful musical acts of the 1970s, not only in America but the world at large. As one of the best-selling bands in the world, Eagles sold over 200 million records across the globe. In fact, the band was once named in Rolling Stone’s list of 100 Greatest Artists of All Time.

The Sources of Gleen Frey’s Wealth

Cindy’s Husband Was a Rock Star Hall of Famer Although she was born Cindy Millican, she also goes by Cindy Frey or Cindy Millican Frey. It is an identity she acquired after she got married to Glenn Frey in 1990.

Her husband, Glenn Frey, who unfortunately passed away in January 2016, was the lead singer of the rock band, Eagles. While he was alive, he was nominated and inducted into the Rock and Roll Hall of Fame. Remembered as the co-lead singer and frontman of the popular band, Frey also had a successful solo career.

He won five American Music Awards and six Grammys with the Eagles. He released at least five studio albums and records have it that he managed as much as 24 Top 40 singles on the Billboard Hot 100.

The Couple Met While Frey Was Shooting a Music Video

From what we learned, it was work that brought Cindy and Frey together. They reportedly met each other during the shooting of a music video for one of the Eagles’ songs. It is said that Cindy was the person in charge of the video’s dance choreography.

When they met, it had been only two years Frey divorced his first wife Janie Beggs: yes, Cindy wasn’t his first wife. Frey married Janie in 1983 and they parted ways in 1988 without having any child together.

So, meeting Cindy was another chance at love for the singer and he wouldn’t let it go lightly. They began dating soon after their first meeting, things got serious and then they got married in 1990. Cindy and Frey remained married until 2016 when the rock star passed on.

When the famous singer died on the 18th of January 2016, it was said that his death was a result of complications of pneumonia, acute ulcerative colitis, and rheumatoid arthritis. Before he passed, he was scheduled for surgery which he never got as he was placed in an induced coma due to complications from pneumonia.

The singer had been batting with rheumatoid arthritis for more than a decade. As it affected several joints in his body, he was placed on medication to manage the disease but it further complicated his condition, exposing him to pneumonia and colitis.

So deeply saddened tonight to hear of Glenn Frey's passing. Blessings to all of his family and the Eagles! – KUhttps://t.co/Co1ike8MjF

The Court Case that Ensued

Frey died at the age of 67 and was publicly mourned. About two years after his death, Cindy filed a lawsuit against Los Angeles’ Mount Sinai Hospital and Steven Itzkowitz, the gastroenterologist that cared for him.

As reported, she sued the hospital and doctor for wrongful death, alleging that they neglected Frey and caused him excessive pain until he passed. Cindy is asking for $12 million in lost earnings due to the negligence of the hospital. To the best of our knowledge, the case is yet to be finalized.

Meet the Kids they Had Together

Deacon is the most popular child of Cindy and Frey. He has followed in the footsteps of his father by joining his band, Eagle. Deacon has been a member of the band since 2017. He grew up singing his father’s songs and learning how to play guitar. So, has been coping fine as a replacement for his late father.

Taylor is the first child of the couple and like her brother Deacon, she has been working with Eagle to keep his memory alive. She has been serving as a road manager of the band since 2017. As a writer, Taylor has also been working for New Leaf Literary & Media since January 2017.

Big honour to meet you, Otis Frey! 🙏🏻 the legacy of your father will live on forever through you, your Brother Deacon, the Eagles Don, Joe, Timothy, Steuart, Vince & the music! pic.twitter.com/sFansoLmYL

Otis is the second son of the couple and the last child of the family. He had a good relationship with his late father as the man was very fond of him. Apart from these, it is hard to tell anything else about Otis.